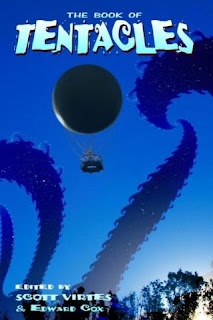 Rich Horton summarizes his Fantasy Magazine 2009 faves.  Sandwiched between stories by talented authors Kathleen Cheney and Catherine Cheek is “Shades of White and Road.”  He says:   Also from April, Camille Alexa’s playful “Shades of White and Road” tells of a woman running away from home only to be followed by living objects such as a suitcase — which all begins to make sense when she meets a rascally man on her way and returns to the city to confront her parents, who grow houses.

“Shades of White and Road” also got a mention during Fantasy Magazine’s “Blog for a Best Of“.  My huge thanks for the very nice words on my work to Todd Wheeler, Aaron Polson, and Catherine Gardner.

Listen to the audio of Mr. Lake’s “The Future by Degrees,” as read at OryCon by myself, M. K. Hobson, Mary Robinette Kowal, David Levine, Jeff Soesbe, and Dave Goldman.

And some contributor copies have arrived!  A GORGEOUS hardcover beauty of a book, Origins (Hadley Rille, 2009), and the quirky but also beautifully-appointed The Book of Tentacles (Sam’s Dot, 2009).  The second opens with my poem, “A Lady’s Quick Reference Note on the Tentacle” (written as Miss Camille Alexa):

. . . tentacles are elongated boneless flexible organs
found on some creatures, especially invertebrates,
and in the leaves of many carnivorous plants–
in particular those carnivorous plants
spontaneously swelling to enormous size
in putrid roadside ditches near nuclear facilities . . .